Our highest priority is the safety of all our valued customers and colleagues, especially as we face the battle against COVID-19. Please read our coronavirus update here 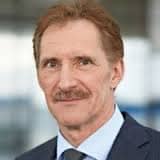 BDR Thermea Group, parent company of Baxi Heating UK and Ireland, has announced the appointment of Bertrand Schmitt as its new CEO. Mr Schmitt will assume responsibilities on 18 April 2017. He succeeds Rob van Banning, who led the company successfully for a decade but unfortunately had to step down for health reasons at the end of 2016.

"I am honoured and excited to have been selected to lead BDR Thermea Group”, commented Bertrand Schmitt after the announcement. "We're delighted that Bertrand has accepted the position”, added Arthur van der Poel, Chairman of BDR Thermea Groups's Supervisory Board. "Bertrand has been a successful executive at Hager Group for more than 20 years and - at least as important - we believe he is a great fit to our values and culture at BDR Thermea Group."

Bertrand Schmitt (1959) graduated at Karlsruhe University and has held senior management positions at Bosch and, since 1995, at Hager Group. In 2008 he was appointed COO at Hager Group and has contributed to the growth of the business worldwide. He has dual French and German nationality.

People have been relying on us for over 150 years, because Potterton is totally dependable

We use cookies to personalise content and ads, to provide social media features and to analyse our traffic. We also share information about your use of our site with our social media, advertising and analytics partners who may combine it with other information that you’ve provided to them or that they’ve collected from your use of their services